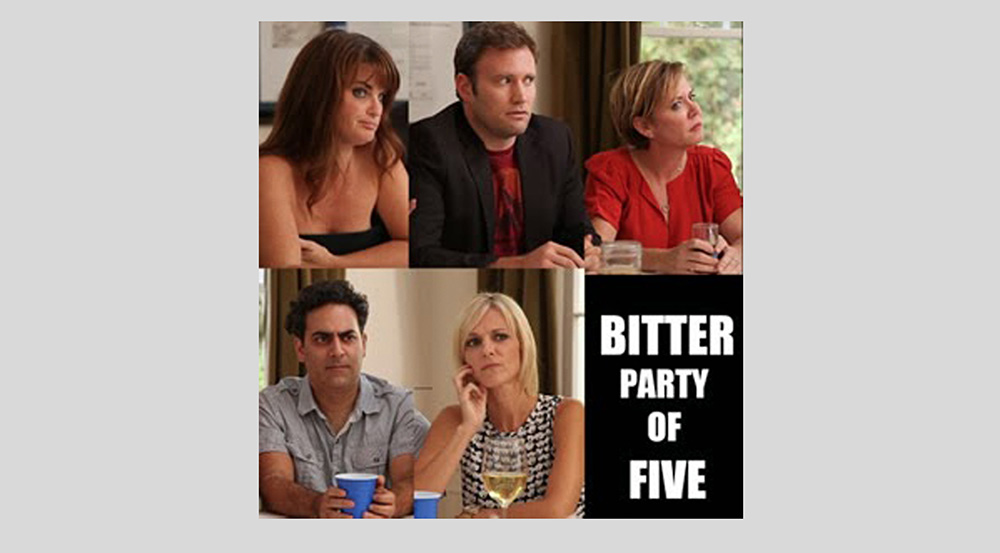 Once upon a time in a land called Hollywood, 5 actors came together to shoot a television pilot for NBC starring Roseanne Barr and John Goodman. While awaiting the news of their inevitable pick up, they developed a strong and somewhat unhealthy attachment to each other. The pilot was not picked up (see Episode 1). So with their dreams crushed and no hope, they embraced the only alternative still open to them...a super low budget talk show...on the web. This is that show.

Join them as they interview famous people whose fabulous careers only serve to reinforce their new identities as...BITTER PARTY OF 5.